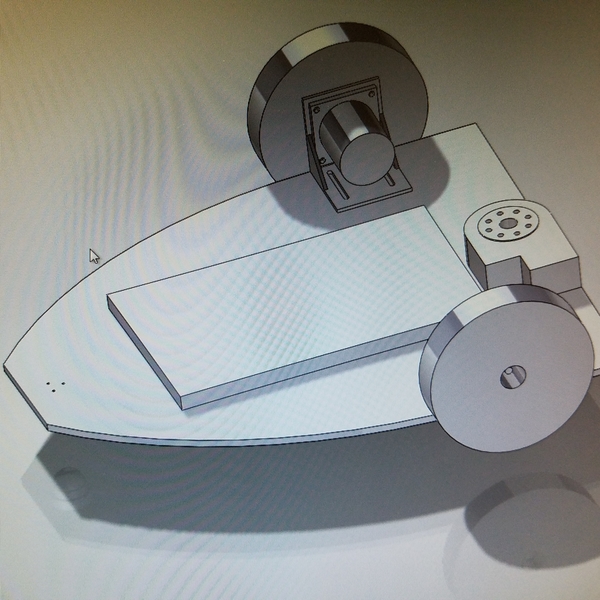 Mr. Roboato is a robot I built for my senior capstone project. The robot, Mr. Roboato, is a prototype version of a production robot a sponsoring company of the course is looking to build. The company hopes to build robots that go on ships to manipulate levers and valves placed on parts of the ship that are too dangerous for humans to venture into.

I was the software guy on my team. I was responsible for implementing a computer vision solution with a Microsoft Kinect to help Mr. Roboato use its arm to manipulate necessary objects, and also to localize itself to right orientation and position. This mainly involved analyzing the point cloud data received from the depth sensor and matching the stream of data with pre-defined models of different ship controls.

We competed to build the fastest and most effiecient prototype. We came in at third place. This was my first major robotics project.